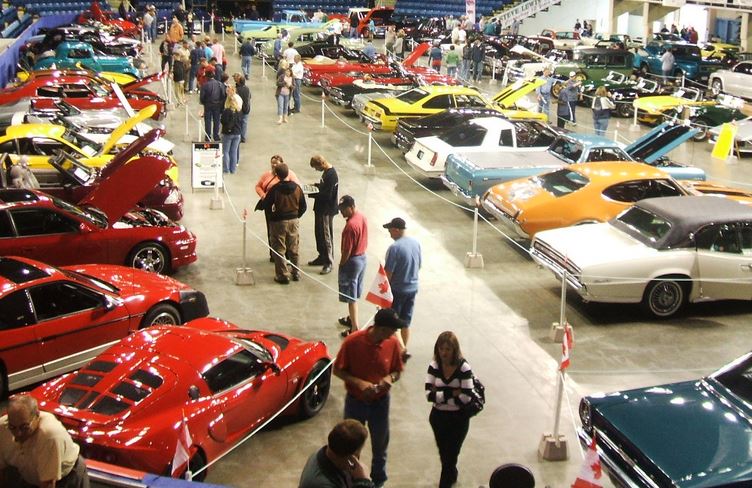 The new year brings with it a new line-up of car events, and once again it’s a packed 12 months in the UK alone, with car shows taking place up and down the country.

Here’s our pick of the top luxury and classic car events on the schedule for 2015.

RM Auctions are always an exciting entry in any car-lover’s calendar, with vehicles selling for a million dollars upwards quite often.

In early 2015 there are four sales planned: Paris on February 4th; Amelia Island on March 14th; The Andrews Collection on May 2nd; and Villa Erba on May 23rd, all putting highly sought-after sports cars under the spotlight.

Due to take place in the East Midlands on Sunday May 17th, the Luxury Motor Show brings together up to 300 vehicles of different types, from modern-day supercars to sought-after models from years gone by.

Together, this makes it one of the region’s biggest classic car events, with displays of racing cars and of motorbikes too, for petrolheads of any persuasion.

Even better, it’s in aid of When You Wish Upon A Star, so you can rest assured that at least some of what you spend on the ticket and while you’re at the show will go to help a worthy cause.

The venue for this event – a racetrack? An aircraft hangar? No, a luxury show needs a luxurious setting, and 100-acre Goosedale, with its 30-acre private lake, provides a spectacular backdrop for this car show.

One of the world’s biggest car events, and now synonymous with its host venue Goodwood, the Festival of Speed 2015
is scheduled for June 26th-28th.

Described as an “impossibly heady mix of cars, stars and motorsport royalty”, this is arguably the main event of the annual car shows calendar – a must-attend for any motoring enthusiasts who manage to get tickets.

CarFest 2015 is technically not one, but two classic car events – one held in the north, and one in the south – and was the brainchild of broadcaster Chris Evans as a way to support Children in Need.

The north gets its show first, on July 31st – August 2nd at Oulton Park in Cheshire; the south hosts its own show at Laverstoke Park Farm in Hampshire, August 28th-30th.

Although demand for tickets is high, there are still more to go on sale during the spring of 2015, so look out for a last chance to register.