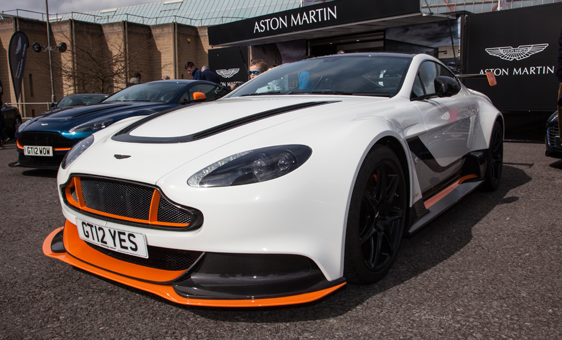 The automotive museum at Beaulieu will have a helping hand from Aston Martin enthusiasts for its upcoming Simply Aston Martin show, which is due to take place for only its second year on Sunday April 2nd.

On that day, examples of the British sports car ranging from newly produced showroom vehicles to classic pre-war cars will be rolling through the gates of Beaulieu to form a one-day exhibit of over 350 Astons.

Whether you are a driver of a recent Aston or you own an antique example that would arrive via a classic car transporter to protect its mileage, Beaulieu is the place to be this April.

The venue’s senior events executive Andy Ollerenshaw said: “We were thrilled by the impressive turn-out for the first Simply Aston Martin. Judging by the response from Aston Martin owners and feedback from visitors, this year’s rally should be even more fantastic and we hope to hit a total of 400 Astons.”

It’s also a fantastic opportunity to photograph your Aston against the stunning backdrop of the National Motor Museum, as drivers taking part in the show will be allowed to drive into Beaulieu to park up among the other exhibits and enthusiasts. 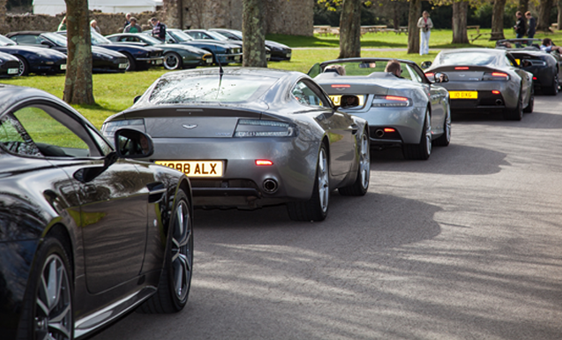 There will be club cars arriving by convoy, people’s choice awards for best in show, and a final parade through the grounds of Beaulieu, led by the show winner.

And if you’re not an Aston driver, don’t worry – Beaulieu is hosting seven more Simply rallies, for drivers of Ford, Porsche, Volkswagen, Land Rover, Jaguar and Smart models, with the final show being for Japanese cars in general.

For many British motorists though, the Aston Martin is the pinnacle of domestic automotive production, with famous fans all over the world.

Aston Martin and the Royal Family

Perhaps the most famous from the UK itself is Prince Charles, whose Aston Martin DB6 Mk II was loaned to his son, Prince William, shortly after his marriage to Kate Middleton.

If anyone could rival Charles as the most famous British Aston Martin owner though, it’s David Beckham, who has been pictured in the past at the wheel of his classic Aston Martin Vantage.

For most people, the Aston Martin is synonymous with the James Bond film franchise, and both the current Bond, Daniel Craig, and his predecessor Pierce Brosnan are among the world’s most famous Aston owners.

Interestingly, the car is also a hit with Brosnan’s former ‘Bond girl’ co-stars, including both Halle Berry, who played Jinx in Brosnan’s swansong Die Another Day, and Denise Richards who played Dr Christmas Jones in The World Is Not Enough.

But for many enthusiasts the car is the star – and Simply Aston Martin on April 2nd should have close to 400 of the finest examples of British sports car craftsmanship on display.