The Most Economical Supercar 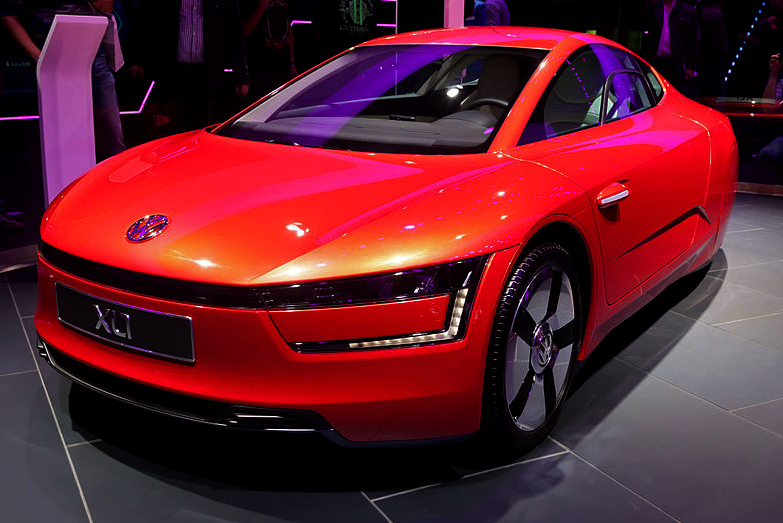 Supercars are not known for their great fuel economy or strong emissions performance, but a new breed of vehicles is changing all of that.

Hybrid hypercars have the potential to combine supercar looks with unparalleled fuel efficiency – and they’re more than just a pipe dream.

We’ve mentioned the Volkswagen XL1 before, but it’s worth a second look.

As specialists in luxury car transport, we see our fair share of supercars but the XL1 is truly something else.  The XL1’s designers were briefed to create a vehicle capable of covering 100km on a single litre of fuel, equivalent to a fuel economy of 282 mpg.

In turn, this provides real-terms carbon emissions of just 21g per kilometre – and many of the measures taken to achieve this phenomenal efficiency are easy to replicate elsewhere.

For instance, the bullet-like XL1 has no protruding wing mirrors, but instead has interior video displays on which a rear view is transmitted from tiny surface-mounted cameras.

At 1m 15.3cm tall, it cuts a low profile through the air, with a carbon fibre polymer body shell to keep the vehicle weight down.

Most impressively of all, it’s not just a concept car – although the production run is very limited, 30 of the cars are expected to end up belonging to owners in the UK.

That means there is a very real possibility of seeing a Volkswagen XL1 on the road – but perhaps not so much likelihood of seeing one refuelling at the petrol station.

But is this a true supercar? With an electronically limited top speed of 99mph, it won’t be winning many races.

Accelerating from 0 to 62mph takes a shade under 12 seconds, too – again not challenging the fastest cars on the market.

However, it’s a carbon fibre, two-seater, undeniably sleek, strictly limited production car bearing all the hallmarks of a supercar.

The difference is, this vehicle is not built for pure speed, but for pure performance against a different set of criteria.

With a 50km range in all-electric mode and zero emissions when running without the use of its 800cc two-cylinder diesel engine, the XL1’s environmental credentials are undeniable.

And with a total fuel economy of over 300mpg, the XL1 is out in front of the competition on the one criterion that was designated as being the most important for its designers.

Is this the future for supercars, or a manufacturer’s momentary folly in a forest of vehicles built solely for speed?