The Best Road Trips In The World 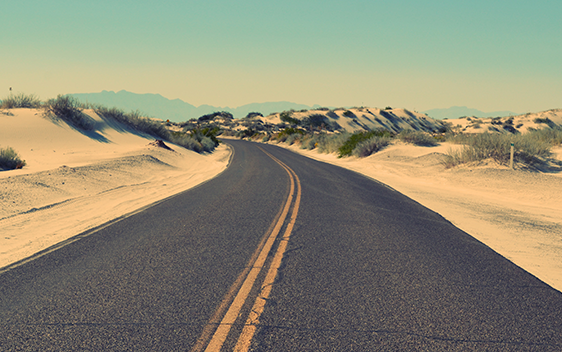 There is only one road trip that tops every shortlist of the best in the world – Route 66, America’s Mother Road that crosses the USA from Chicago to California.

But putting Route 66 to one side, what else ranks among the best road trips in the world? If you’re planning to hit the road, here’s our pick of the best…

Australia is a country of epic proportions, with its own fair share of road trips that take in sections of its coastline.

The Pacific Coast route is almost 1,000km in length, stretching from Sydney to Brisbane along the Central and North Coast regions, and with a selection of scenery, towns and villages to visit along the way.

Expect to spend eight days on the road – and thanks to Australia’s southern hemisphere location, this is one road trip you might want to do during the UK’s wintertime.

Lewis and Clark have been called ‘the original road trip warriors’, and their expedition from St Louis to the Pacific Coast of the USA in 1804-06 is legendary.

Nowadays you can retrace their route in around nine days, from the Missouri River through Kansas City, to Portland and the Oregon coast.

It’s another epic journey – over 2,000 miles, depending on the route you take – but it’s on a par with Route 66 in terms of historical significance.

The Netherlands Flower Route – also known as the Bloemen Route or the Bollenstreek Route – is not on the same scale as the epic journeys described above, but includes some of the most stunning scenery Europe has to offer.

For a fairly flat country, the Netherlands has maximised its visual appeal, and the Bloemen Route takes in about 25 miles of densely packed flower fields between Haarlem and Leiden, both just west of Amsterdam.

It’s short enough to do in a day, as part of a longer break in the country, or even to cover on bicycle, if you’re a two-wheel enthusiast.

The Amalfi Coast – named for one of its most well-known towns, Amalfi – is an ideal option for any length of road trip.

Create your own route between any two points on the coastline, or drive the whole thing between Sorrento and Salerno for an unforgettable experience.

It’s only around 40 miles, but with towns and villages dotted along the coastline, it’s worth scheduling plenty of stop-offs to take in the spectacular scenery.

One route to rule them all… New Zealand’s tourism industry has become dominated by the Lord of the Rings trilogy, and more recently by the Hobbit films too.

The North Island can cater for this, but has plenty to offer in its own right too, with a truly awesome road trip from Auckland in the north, to Wellington in the south of the island.

At around 400 miles, it’s something of a middle-ground compared to the routes mentioned above, meaning you can complete the trip in anything from a long weekend to a week or more on the road, depending on how often you stop.

If you think you’d like to undertake one of these legendary trips with your own car, you’ll need the help of an international car transporter to get your car to one of these exotic locations. Don’t fret, Ontime Global Automotive services can arrange this for you, transporting your car in safety and style to your desired destination.

If you’d like information on international car transport or any of our services, call us on 01295 770040 or visit our company page.