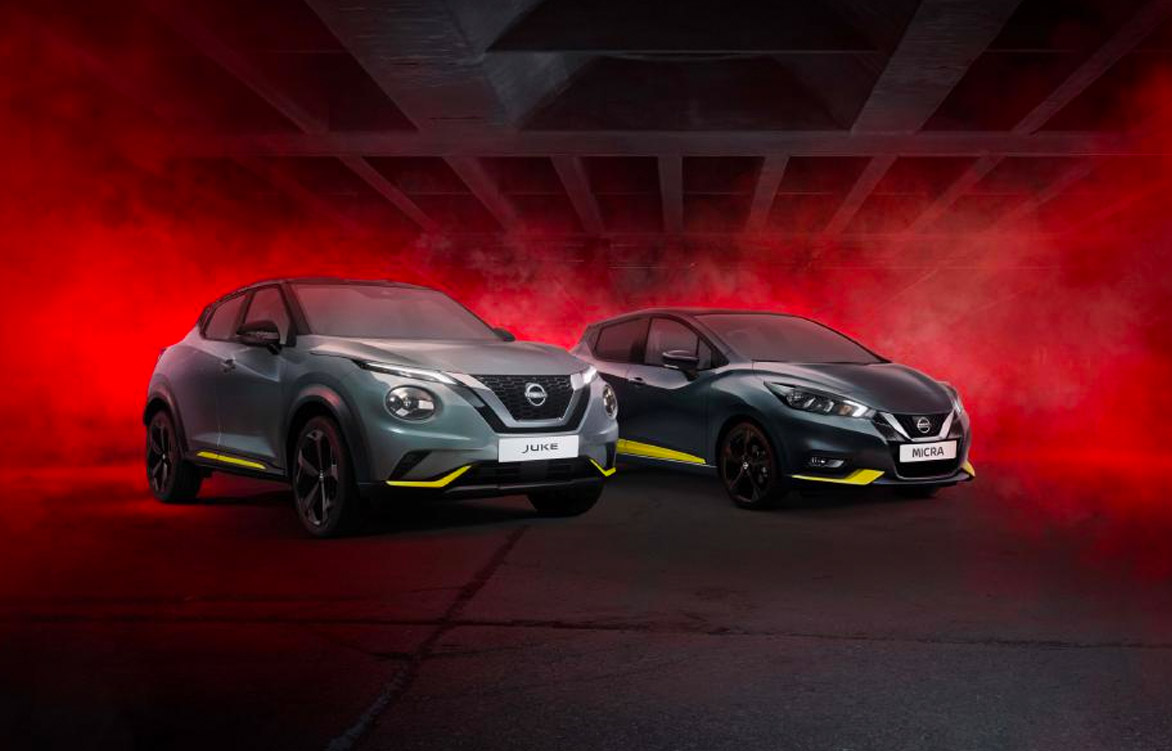 With its squat haunches and polygon body panels, the Nissan Juke bears more than a passing resemblance to the ‘Tumbler’ Batmobile from Christopher Nolan’s Dark Knight trilogy. So as a new era of the brooding vigilante starts in cinemas, it seems only fitting that Nissan have unveiled a special edition Nissan Juke Kiiro as part of an official partnership with The Batman.  The Juke is one of two limited edition Kiiro variants unveiled by Nissan, alongside the even more limited Nissan Micra Kiiro – just 500 Juke Kiiros and 250 Micra Kiiros are available to UK customers. Arnaud Charpentier, region vice-president for product strategy and pricing at Nissan AMIEO region, said: “Since the introduction of the first eye-catching personalisation options on the original Juke, we know how much customers appreciate the Juke’s styling and the way its personality lends itself to playful additions. “We wanted to create a special version which looks serious, with added presence and boldness – but that wasn’t sombre or boring.”

What does Kiiro mean?

The ‘Kiiro’ moniker comes from the Japanese word for ‘yellow’ and both special editions feature yellow accents on the exterior trim. On the Batman Juke Kiiro, the bodywork is in Ceramic Grey, with bright yellow finishers at the bases of the doors, the rear bumper and the lower part of the front bumper. The Micra Kiiro has similar flashes on the front and rear bumpers and on the side panels, and both vehicles have been finished with textured Kiiro-branded wraps to their C-pillars. Prices vary depending on transmission type:

Interior upholstery is finished in black cloth, further adding to the Batmobile styling of both cars.

Although only the Juke Kiiro has an official connection with the movie, you could be forgiven for thinking the Nissan Kiiro has more in common with Robert Pattinson’s Batmobile. Pattinson’s is a modified Dodge Charger dating from around 1969, and the Micra Kiiro’s lower roof profile and sleeker, sportier aerodynamics gives it the more similar body shape overall. So if you’re able to get your hands on either of these limited editions, you might find you prefer the Juke if you were a Christian Bale fan, or the Micra if Pattinson’s detective film noir era has captured your attention.

Whether it’s one of these strictly limited Nissan Kiiro editions, or any other collector’s car that would be impossible to replace – perhaps even an original Batmobile from a previous movie – transporting limited edition vehicles requires care, attention and adequate insurance. Ontime Automotive’s covered car transporters are ideal for keeping distinctive vehicles out of sight and away from sticky fingers and flash photography. Our drivers are well trained and fully insured, so whether you’re transporting a vehicle for filming, to exhibit at a convention, or you just want to get it from A to B safe and sound, call Ontime Automotive and we can arrange a covered car transporter to pick it up.