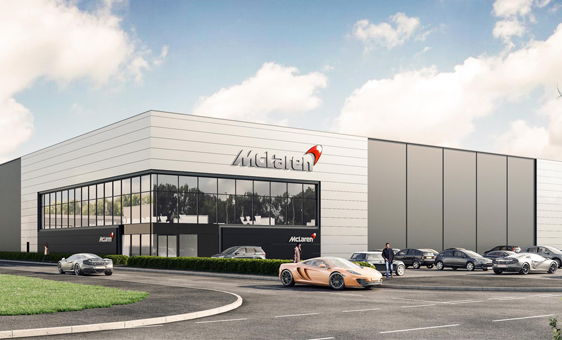 McLaren have raised their ambitions for 2025 to give their entire range hybrid engines, according to a report from Auto Express – doubling their previously reported goal for half of their vehicles to be hybrid by the middle of the coming decade.

The new target gives McLaren around eight years to go full-hybrid, and was revealed to Auto Express by McLaren CEO Mike Flewitt at the recent announcing of the automaker’s new manufacturing centre in Sheffield.

He said: “Our goal to move to 100% hybridisation by 2025 is the only way we can meet tough future emissions targets. I truly believe electric is the direction for McLaren and, eventually, the industry as a whole.”

While his comments relate to the future of the brand’s powertrains, the facility in Sheffield is actually focused on composites and particularly on the carbon fibre chassis due to be used in future McLarens.

It is still only just starting construction, with the help of Sheffield City Council, but the first carbon fibre chassis is expected to be produced there before the end of the year, with a time frame to reach full production of Monocell and Monocage chassis by the end of the decade.

The McLaren Composites Technology Centre, as the facility will be named, is the company’s first purpose-built production centre not located on the existing McLaren Technology Centre campus, and instead will be near the University of Sheffield’s Advanced Manufacturing Research Centre.

Up to £50 million of funding is being put into the development by McLaren, the university and the city council, with around 200 jobs due to be created on the site.

It continues McLaren’s commitment to carbon fibre for its chassis construction – the brand has not used any other material on any car since 1981.

Mr Flewitt added: “The now-iconic McLaren F1 was the world’s first road car to be built with a carbon fibre chassis and every car built more recently by McLaren Automotive has the same. Creating a facility where we can manufacture our own carbon fibre chassis structures is therefore a logical next step.”

Carbon fibre is both lighter and stronger than aluminium, which was the popular material in use in the early 1980s; this allows carbon fibre chassis to be both faster and safer, and the McLaren F1 took these chassis to the roads in 1993.

With these new announcements, McLaren continue to look to the future in their manufacturing and their use of new technologies – bringing chassis production in-house in Sheffield, and working towards a fully hybrid product range to hit environmental targets by 2025.