Legendary TV Cars Up For Sale 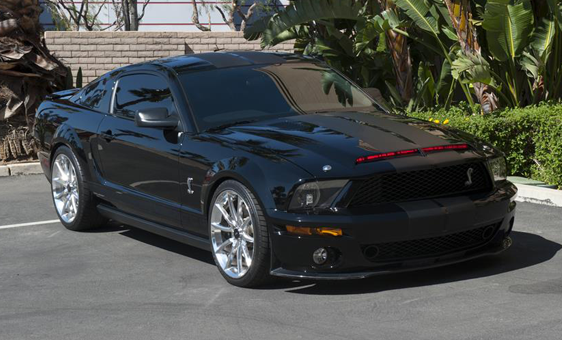 Try to name a classic TV show with a covered car transporter in every episode, and there’s not many options – in fact most people, if not everybody, would come up with the same answer.

You have to go back to September 1982 for the first broadcast of Knight Rider, one of the greatest shows ever made, and one in which the vehicles were as much the stars as the actors themselves.

David Hasselhoff’s smart car KITT took the spotlight, but the covered car transporter that served as KITT’s mobile garage – officially called the FLAG Mobile Unit – provided some of the most memorable stunt action on the show, as KITT would drive aboard at full road-going speed.

Flash forward to 2008, and NBC made a TV movie introducing a new generation of characters ahead of a revival of the series – complete with a cameo from The Hoff, of course.

A pair of 2008 Ford Mustang GTs featured as KITT, one a standard supercar version, and one with a subtly different ‘Attack Mode’ design.

Both were put up for sale in the US, via collector car specialist auction house Barrett-Jackson and the Day Family Classic Cars Museum, with the hammer dropping on August 6th-8th as part of the third Hot August Nights Auction, an annual special sale.

They might not be the original KITT from the 1980s series, but the supercar version plays the Knight Rider theme when activated while the Attack Mode incarnation has a special brake for 360-degree spins.

For Batman fans, there’s an extra reason to be interested too – the voice of KITT in the 2008 movie was provided by Val Kilmer, who played the Caped Crusader in 1995’s Batman Forever.

Then again, if you’re a true Batman fan, you’d probably rather own the Batmobile than KITT – and if so, you’ll definitely want to take a look at Barrett-Jackson’s inventory.

Known as the #1 Batmobile, the car used in the TV series dates back to 1955, when it was built as a Lincoln Futura concept car, which can be seen in 1959’s It Started With a Kiss.

In 1965, car customiser George Barris bought the vehicle for just $1 and, in three weeks before filming began on the Batman TV series, he added the distinctive bat-shaped nose and tail elements that have become iconic over the decades since.

Only in January 2013 did he put the #1 Batmobile up for sale from his private collection, and this is the second time it has ever been available to buy.

Perhaps not surprisingly, the #1 Batmobile has travelled extensively over the years, between conventions, museums and film sets – and while any owner would surely be tempted to take it for a spin, a covered car transporter is the best way to keep such heirloom vehicles in pristine condition, and avoid adding miles to the clock.