The Ferrari 812 Superfast Lives up to its name 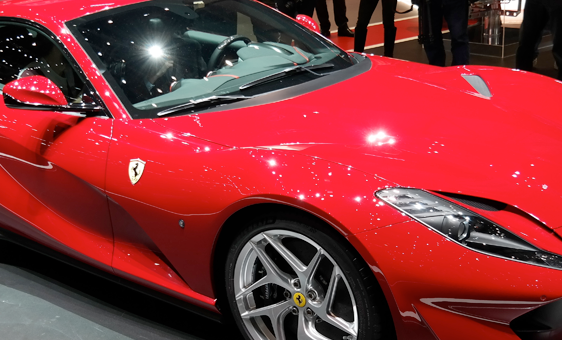 Can this really be Ferrari’s fastest car ever? It would be perfect for driving down Stelvio pass (Italy) with the style and power of this new beast to add to the Ferrari family.

Boasting a white-hot V12 engine and a blistering 789bhp, the Ferrari 812 Superfast is not only a great stand-in for the F12 – it looks set to rival it. As if that wasn’t enough, Ferrari says the 812 gives a more exciting overall driving experience.

Aside from the V12 engine and the horse-power, there are plenty of things that sparkle and shine. The seven-speed dual clutch gearbox has shorter ratios than the F12, resulting in faster shifting times (30% upshift, 40% downshift).

The aerodynamic technology is like a space-time leap. The 812 features passive side-flaps on the front that open up above 124mph, acting as diffuser stalls. The electronic rear-wing and the massive scoops at the sides help to manage the airflow across the car when travelling at speed. According to Ferrari, the result is much more downforce, but with less drag than the F12.

The new electric power steering system features variable torque assistance, which is primarily designed to keep the 812’s rear end in line, by helping you apply opposite lock when it does step slightly over the mark.

Epic, in short. With the sheer variety of electronic tricks and gadgetry the 812 has on display, you’d be hard-pressed not to wonder how it’s going to feel when you’re sat in the all-important seat. When you do, you’ll find that it feels comfortably analogue in how it reacts. The V12 engine is off the charts in performance, but it’s the sound that’ll get you first. Oh that sound.

The engine roars like a caged beast, then when you let it go, it responds in kind. In a straight line, you’re conscious it feels like it’s trying to take off. The dual-clutch gearbox is the perfect dance partner for that V12 engine, slicing up or down gears like a warm knife through butter.

The 812 is super-reactive to your inputs behind the wheel, to the point of near-intelligence. Ferrari’s intention is for this to feel like you’re guiding the car more with your brain than your hands – and it just about works.

The price tag of over £253,000 seems to have been met with positivity by its predicted market – the 812 Superfast is sold out for the next two and a half years.

Rising this high gives the benefit of having few rivals to contend with. The Lamborghini Aventador S is well in its sights, rolling in at around £271,000. Beyond that, the Ford GT clocks in at £450,000 (though it gives up 140bhp on the 812).