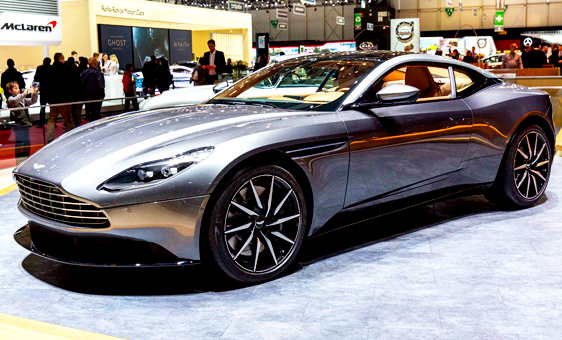 Bonding with the very best!

Ontime Automotive is proud of its long-standing relationship with renowned British car manufacturer Aston Martin. As one of Britain’s greatest performance-car marques, Aston Martin enjoys a reputation for being better than all the rest – and forever the cars associated with Ian Fleming’s iconic hero, Mr. James Bond.

Celebrating the release of the new DB11

This month sees the release of the latest in the brand’s unique DB series… The long-awaited and rather beautiful DB11. Ontime Automotive will be actually be responsible for delivery to dealers around the world – maintaining a smooth logistics operation from factory to owner. We’ll be using a mix of containers, trucks and possible ever air freight to get these cars to their destination, so keep an eye out for our trucks on the roads.

To mark the occasion, we’ve listed our three favourite Aston Martin models of all time! Will your choice make the cut?

This model has scooped third prize, mainly for Aston Martin’s sheer audacity in producing a car that cost over a million pounds. The ultra-exclusive One-77 was unveiled back in 2009, much to the delight of AM fans worldwide.

Few were lucky enough to own one however, as just 77 were made – with each sold off at a jaw-dropping £1.1million. But what about performance? The car gets its power from a growling 7.3-litre V12 engine that, unsurprisingly, produces a whopping 750bhp. That’s enough to make this little number the most powerful Aston Martin road car ever built.

Aston Martin’s DB4 GT Zagato was first introduced back in 1960 at the famous London Motor Show. Effectively, it was a refined DB4 GT and the model had simply been given a little Italian finesse by the renowned Zagato factory in Italy.

It was lightened, tightened and improved, and housed a 3.7-litre aluminium twin-spark straight 6-cylinder engine. This produced 314bhp, which translated into acceleration of 0-60mph in just 6.1 seconds. Top speed was an impressive 154mph. Wow.

What cinched the Zagato’s spot in second place for the team here at Ontime, wasn’t its top speed. It wasn’t its stunning good looks (although you’d be fooled for thinking so) and it wasn’t its whopping-great price tag (these models fetch around £5million, you know). It was the car’s sheer exclusivity – Zagato only ever produced 20 models hence the sublime rarity. Probably explains the asking price too!

It had to be the DB5, didn’t it? After this car’s debut in the film Goldfinger, and the roaring success that followed, this model is often now billed as the “most famous car in the world”.

The DB series was named in honour of David Brown who was the head of Aston Martin from1947 to 1972. Mr. Brown left behind an admirable legacy… these cars are big, British and the choice of Mr. Bond, a combination which has left an indelible mark on popular culture. It’s surprise that gadget-laden Silver Birch DB5 became one of the most iconic sports cars ever built – and winner of our favourite Aston Martins of all time!