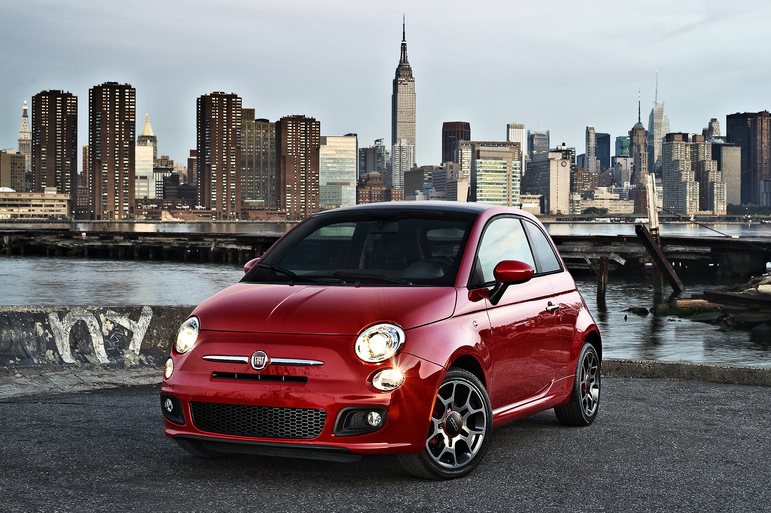 Each year, a handful of models capture the imagination and stake their claim as a short-term fad or an all-time iconic vehicle.

This year is no different, with stylish saloons, hatchbacks and 4x4s all making their presence felt in the market.

Here’s the cream of the crop from 2014 – but which will stand the test of time to be celebrated in the years to come?

The Fiat 500 is sold under the slogan that “Life’s too short to wear a boring car”, and the notion of ‘wearing’ your car transforms it from a vehicle to a true fashion accessory.

In the case of the Fiat 500, this is more than just a gimmick – there are 14 body colours to choose from, four engine types, and half a million different personalisation combinations.

With a Euro Ncap five-star rating and seven airbags, it’s not a case of style over function; this is also a car that protects its occupants against any injury, making it a good all-rounder.

The Range Rover Evoque is designed for “urban stand out”, according to the manufacturer, with a distinctive body shape and front grille.

It’s a brooding snarl of a vehicle, with a face that looks more than a little peeved at being trapped on the commuter run instead of hitting the open road.

But with urban fuel economy of about 47mpg and extra-urban performance of 62.8mpg, again it’s a car whose specifications truly deliver.

Already an icon, the 2014 Mini Cooper has been given plenty of visual features of its own, helping it to stand out against a legacy of eye-catching predecessors.

Large air inlets on the front grille, an extra bonnet air scoop and redesigned headlights available as full-LED options all place this model firmly in the present day.

But is it style over substance? Side scuttles with “suggested air outlets” – not real ones? – and chrome surrounds for the headlights and brake lights make the 2014 Mini Cooper more of a shout than a whisper.

The Mercedes C63 is billed as “a C-class like never before”, and it certainly strikes a distinctive visual.

An elegant saloon with muscular, racing-like characteristics, this is a body-builder in a dinner suit, and that is likely to find favour with strong-minded businesspeople everywhere.

But with a 6.3 litre AMG V8 engine under the bonnet, fuel economy is 10% better than previous models and acceleration to 62mph takes just 4.5 seconds from a standing start.