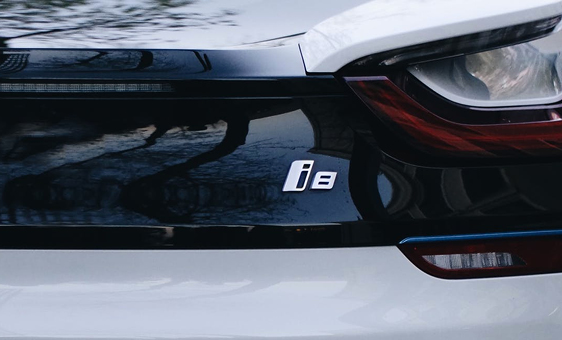 At Ontime Automotive we’re proud to offer eco-friendly transport for supercars and sports cars thanks to our electric hybrid car transporter.

The first in the UK, it won Ontime the delivery contract for the BMW i8 and is a great example of how technology first developed for the highest power supercars is benefiting all road users while also reducing carbon footprints.

Research published in the March 2019 issue of the Journal of Cleaner Production looked at the links between the motorsports industry and the automotive market for road-going vehicles.

The article, titled ‘The obscure link between motorsport and energy efficient, low-carbon innovation: Evidence from the UK and European Union’, was written by Jean-Paul Skeete or Cardiff Business School.

“Yet one aspect of the motorsport industry that is rarely discussed is its significant contribution to energy efficient and low-carbon innovation within the automotive sector.”

Mr Skeete explained that maturation of engine technologies led to a pause in innovation ahead of the year 2008.

However since then, changes to the rules laid down by the FIA, as well as increasing awareness of the carbon impact of automotive transportation, have led to renewed momentum in eco-friendly automotive innovation.

Some examples of this include electrification, hybridisation and systems like KERS, the Kinetic Energy Recovery System that was introduced in Formula One cars and has since become common in road vehicles with regenerative braking.

This renewed pace of development in motorsports coincided with ambitious targets laid down by the European Union, encouraging even faster adoption of eco-friendly technologies by automotive manufacturers, based on those developed for motorsports.

Only the significant levels of expertise and the rapid prototyping capabilities of motorsports teams has enabled this to occur at a pace that would have been unlikely if the commercial automotive manufacturers had to go it alone.

Going green from A to B

Whether your car is a hybrid engine supercar or an all-electric city runabout, getting it from A to B without incurring a substantial carbon footprint is an important consideration in order to maintain its eco credentials at all times.

On the track, you might slide into the slipstream of the vehicle in front to eke out a few extra horsepower of real-terms performance – but that’s not an option on the public roads.

Instead, there’s no better ‘drag reduction system’ than riding on the back of one of our electric hybrid car transporters, which eliminates the need for your vehicle’s own engine to be running at all.

We can then transport it safely from A to B using only hybrid electric engine power, so you don’t face the unwelcome compromise of transporting an electric car using a petrol or diesel powered car transporter.

For conventional combustion engine vehicles, we do also have conventional engined car transporters – and as the automotive market as a whole moves towards becoming fully electrified, we will ensure our fleet does the same.