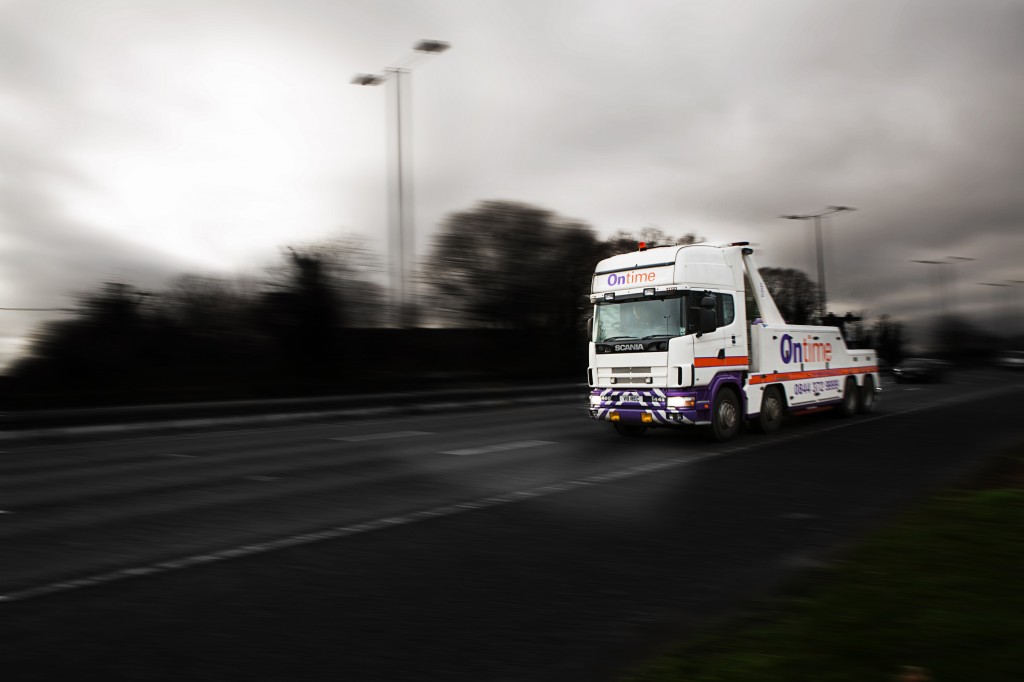 We’re living in the 21st century now, and automotive engineering is going in several directions at once.

In some cases there’s both – the Tesla Roadster hits 60mph in 3.7 seconds, with zero emissions and a range of over 200 miles on full charge.

But with eco-friendly power come other eco-friendly responsibilities, and that includes the delivery of hybrid vehicles.

After all, there’s no point building a zero-emissions car, then loading it into the back of a diesel truck for delivery.

Ontime Automotive are riding the wave of environmental awareness with the UK’s first and only electric hybrid transporter, which is one of the reasons why BMW chose Ontime to handle deliveries of the BMW i8.

But it’s not just hybrids that are driving (quite literally) the evolution of automotive technology as a whole.

In recent weeks we’ve blogged on several other topics that are high on the agenda right now – for example, some of the most luxurious vehicles currently on the road.

These are the kinds of cars made for display rather than for everyday driving, and with owners keen to keep the mileage on single figures, the automotive transportation industry is here to get them from A to B without adding to that all-important number.

And then there’s the truly futuristic-feeling technological advances, such as driverless cars, which could ultimately make motorways look like something out of a sci-fi film.

Will motorists ever truly accept riding as a passenger in a vehicle with no human at the wheel? Only if the safety precautions are made absolutely bulletproof, probably.

The next question for us is, will we ever see cars that can ship themselves to their delivery destination?

If so, the shape of automotive transportation could be changed forever, but the industry would still have a major role to play even in that fiction-become-fact future.

Never will every vehicle on the road be transformed overnight, and the allure of classic cars that ‘you can drive yourself’ would increase hugely, even if they could only be driven off the road.

As such, today’s run-arounds would be tomorrow’s collector’s items, with a whole new generation of driverless electric automobile transporters to get them to where they needed to be safely and on time.