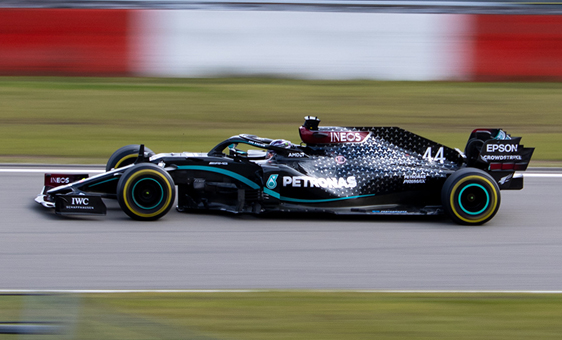 In a challenging year, 2020 will be remembered in part as the Formula One season when Lewis Hamilton staked his claim as the Greatest of All Time.

The 35-year-old from Stevenage has been at the top of the sport for much of his career, but after claiming six of the past seven F1 World Championship titles to add to his 2008 victory, he has matched Michael Schumacher’s career total of seven.

But Hamilton is out in front in terms of race wins, having topped the podium 95 times by the end of the 2020 season, with 165 top-three finishes and 98 pole position starts.

It’s an unmatched record that makes Lewis the all-time greatest Formula One driver on paper, and few unbiased observers would claim that he is not now the sport’s undisputed GOAT.

Near misses and narrow wins

Hamilton’s early F1 career was characterised by some narrow victories and very near misses.

During his debut year in 2007, he finished second in the drivers’ championship, losing the title by just a single point to Kimi Raikkonen.

The last two races of the season proved decisive, as Hamilton retired from the Chinese Grand Prix after starting on pole, and could only achieve seventh place in Brazil.

A year later, his luck changed, as Lewis took the 2008 championship with a last-gasp overtake on the final bend of the final race of the season.

He finished the race in fifth, but it was enough to take the championship from Felipe Massa – again by a margin of just one point.

Time at the top

The next five years saw Hamilton finish around 4th-5th in each season, but in 2014 he took the title again to mark the start of a period of undeniable dominance.

In 2014-2020, Hamilton’s championship standings have included six titles and one 2nd-place finish (in 2016) – and that has also seen him take the title for the past four seasons in a row, despite the disruptions due to the COVID-19 pandemic in 2020.

He secured the 2020 championship ahead of time with a win in the Turkish Grand Prix and another in Bahrain, before missing the penultimate of the season due to a positive Coronavirus test.

Hamilton’s absence from the 2020 Sakhir Grand Prix was his first missed race since his 2007 debut and handed a drive to fellow Brit George Russell, who very nearly won the race in Hamilton’s car if not for a tyre mix-up by the Mercedes pit crew.

Lewis was able to return for the delayed Abu Dhabi Grand Prix, the final round of the 2020 season, where he finished third to add another podium to his career totals.

In 2021 the question is whether he will complete a fifth back-to-back victory to put clear air between himself and Schumacher’s seven championship wins.

Even without doing so, Hamilton’s tally of pole positions, podium finishes, race wins and championship titles already makes him comfortably the most successful driver in the history of the sport.